In 2003, Fourtet (Kieren Hebden) sampled “Neptune Rising” from “The Neptune Collection”. He titled his track “She Moves She” on his recording “Rounds”. After reaching a settlement with Entourage and Folkways, the track remained on the recording. There have been other remixes by other artists since then, which are included here.

SHE MOVES SHE (Peel Sessions) 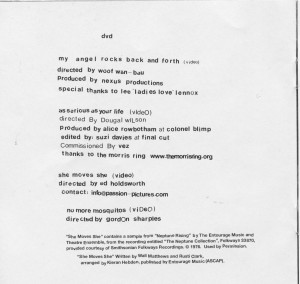